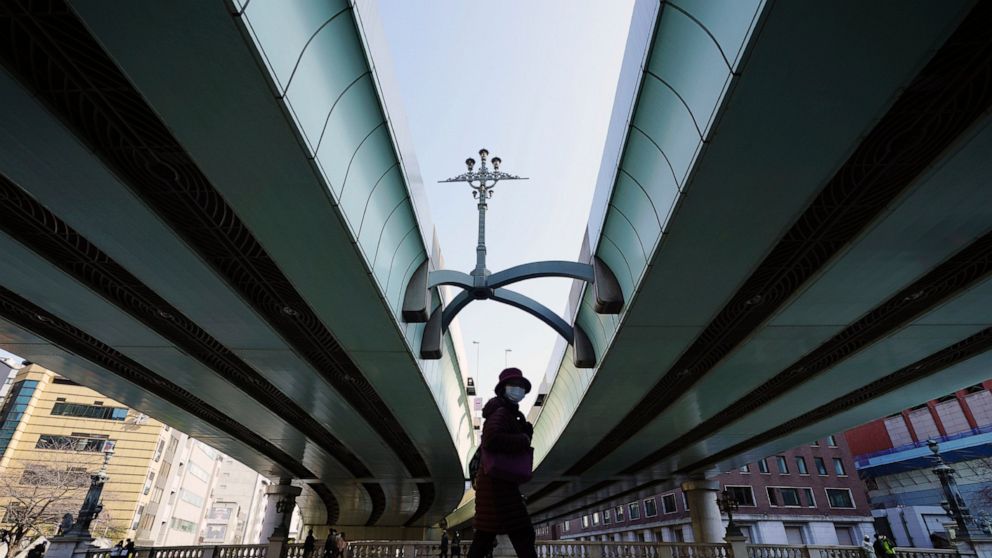 SEOUL, South Korea __ South Korea’s capital says it will give pet dogs and cats free coronavirus tests if they come into contact with infected humans and show symptoms.

Seoul official Park Yoo-mi told an online briefing that pets found infected with the virus must be quarantined at their homes or a city-run facility for 14 days.

The central government last week released guidelines on virus tests on pets, after a cat in the southeastern city of Jinju became the country’s first animal confirmed to have COVID-19. The cat belongs to a mother and daughter who were among dozens of confirmed patients associated with a Jinju religious facility.

Seoul officials say there is no evidence that animals transmit the virus to humans. They say authorities will test pets, not all animals, because they are in close contact with humans.

Other local governments plan to launch similar tests for pets in line with the central government’s guidelines.

BRUSSELS — Belgium’s strategy to counter the coronavirus pandemic continues to bear fruit as the number of patients in intensive care units has dropped below 300 for the first time since October.

The number of new infections has reached a plateau, with new daily cases between 2,000 and 2,500, while coronavirus-related deaths are decreasing.

The country with 11.5 million inhabitants has been severely hit by the virus, which has killed more than 21,352 people in Belgium. But it has coped well with a surge of new virus variants despite keeping schools and many stores open.

Bars and restaurants have been closed since October and traveling abroad for holidays is currently banned. As of Monday, there were 1,676 coronavirus patients in Belgian hospitals, including 299 in ICUs.

However, the army will contribute all of the donated vaccine to health workers, saying they are the real heroes because they have been “fighting against the pandemic and saving precious lives,” it said.

It praised the People’s Liberation Army and the Chinese government for donating the vaccine, which it did not identify.

About a week ago, Beijing donated 500,000 doses of China’s Sinopharm vaccine to Pakistani authorities, who are using it to vaccinate front-line health workers.

VIENNA — Schools, shops, hairdressing salons and museums are reopening in Austria after the country’s third lockdown, but concerns linger about infection rates and the spread of new coronavirus variants.

The relaxation of measures taking effect Monday is far from complete. People going to the hairdresser will need to show a negative test result that’s at most 48 hours old. In shops, customers have to wear full protective masks rather than just fabric face coverings.

Restaurants and hotels remain closed, and authorities say they won’t reopen this month.

The lockdown had been in place since Dec. 26. While the government has said that Austria needs to get as close as possible to an infection level of 50 new cases per 100,000 residents over seven days, the figure is still considerably higher — currently 108.

The country’s opposition leader says that reopening more than schools is a significant risk.

PORTLAND, Maine — America’s lobster exporters recovered from the Trump-era trade war with China to have a good 2020.

But the industry is approaching one of the most critical times of the year with trepidation because of the coronavirus.

Lunar New Year is typically one of the busiest parts of the calendar for America’s lobster shippers, who send millions of dollars worth of the crustaceans to China.

The holiday this year is Feb. 12, and industry members say they are prepared for a weak year.

Shipping is complicated this winter by the threat of the virus.

BEIJING — China appears to have stamped out its latest coronavirus outbreaks centered on the northeast, reporting no new cases of local infection in its latest daily report.

The National Health Commission said Monday that 14 newly confirmed cases had been brought from outside the country but no new cases were registered in the provinces of Heilongjiang and Jilin that have seen China’s latest clusters.

The country has reported 4,636 deaths among almost 90,000 cases since the coronavirus was first detected in the central Chinese city of Wuhan in December 2019.

JOHANNESBURG — South Africa has suspended plans to inoculate its front-line health care workers with the AstraZeneca vaccine after a small clinical trial suggested that it isn’t effective in preventing mild to moderate illness from the variant dominant in the country.

Oxford University and the University of the Witwatersrand in Johannesburg said in a statement that protection against more severe forms of the disease could not be assessed in the trial because those participating were at low risk.