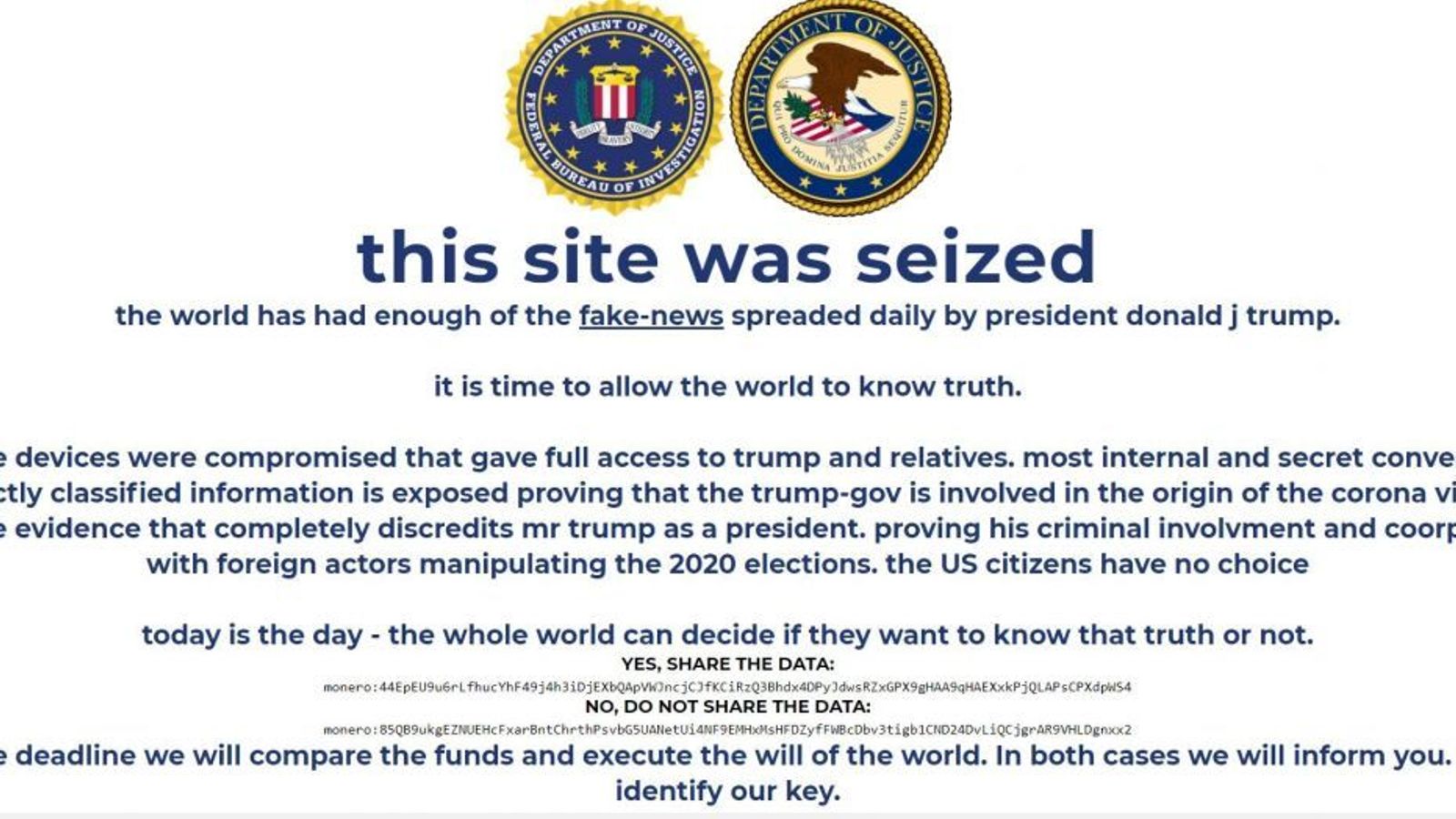 The website’s “About” page was briefly replaced by a message which stated: “the world has had enough of the fake-news spreaded (sic) daily by president donald j trump.”

It appeared to be an unsophisticated scam aimed at collecting cryptocurrency.

There was no clue to the identity of the hacker(s). The message spoke of access to “Trump and relatives” and of “classified information” that the “trump-gov is involved in the origin of the corona virus”.

There was no immediate verification as to the veracity of the message nor, indeed, any evident concern in the Trump campaign.

“There was no exposure to sensitive data because none of it is actually stored on the site. The website has been restored.”