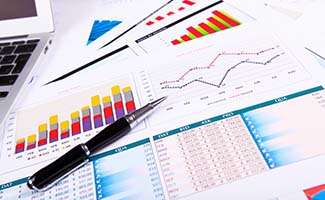 Toyota Motors ( TM ) is likely to report its Q3 2018 (Apr-Mar fiscal year) results on February 5 th 2018 . We expect the decline in the company’s operating income to continue in this quarter as it faces a tough industry environment and a slowdown in Japan. For the six months ended September 2017, Toyota Motors had reported a decline of 20.3 billion yen in its operating income due to an increase in marketing activities and other expenses. The company’s guidance indicates that net income is likely to decline by 18% in 2017-2018 due to a challenging industry environment.

The chart below summarizes our revenue and income expectations for Toyota Motors for the calendar years 2017 and 2018:

We will be keenly watching Toyota Motors’ operating income in Q3 2018 to analyze the impact of a slow production and sales growth on its margins.