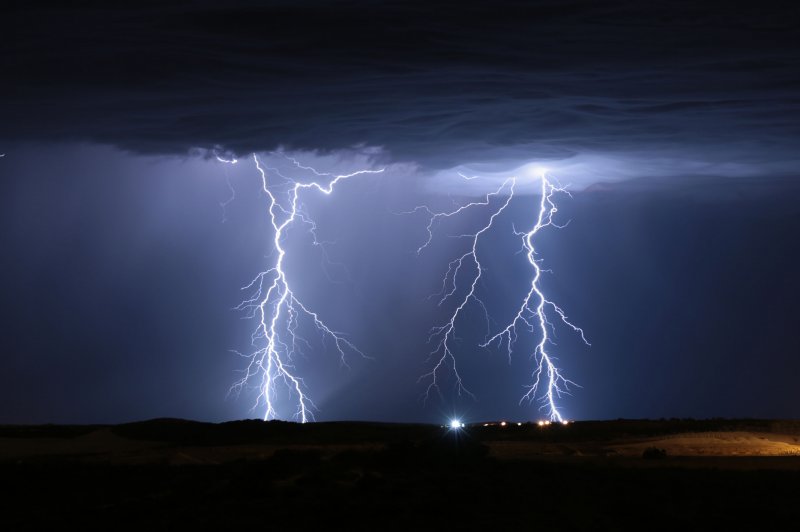 March 16 (UPI) — Trillions and trillions of lightning strikes may have unlocked the phosphorous needed to spark life on Earth, according to a new study published Tuesday in the journal Nature Communications.

“This work helps us understand how life may have formed on Earth and how it could still be forming on other, Earth-like planets,” lead author Benjamin Hess, a graduate student at Yale University, said in a news release.

The building blocks of life — RNA, DNA and other biomolecules — require a variety of elements, phosphorus being one of the most important.

But billions of years ago, around the time scientists estimate life first emerged, phosphorous was limited and relatively inaccessible, bound up inside insoluble minerals within Earth’s crust.

However, researchers determined meteor strikes were relatively infrequent between 3.5 and 4.5 billion years ago, the time period during which scientists estimate life on Earth began.

While surveying potential sources of phosphorus in the ground, scientists realized schreibersite can also be found in tiny bits of glass called fulgurites, which are forged by lightning strikes. With each strike, some of the insoluble phosphorus in the Earth’s crust is converted into soluble form.

Researchers used computer models to simulate the frequency of lightning strikes billions of years ago.

The analysis showed Earth was hit by lighting between 1 and 5 billion times per year. Lightning is less frequent today, striking around 560 million times a year.

The simulations estimated that of the 1 to 5 billion strikes, roughly 100 million to 1 billion of them would have hit the ground — most of Earth is covered by ocean, after all. That means that over the course of 1 billion years, Earth would have been hit by 0.1 to 1 quintillion strikes of lightning — yielding plenty of phosphorus.

According to the study’s authors, lightning rates would have been more stable over the course of millions of years than meteor rates.

Additionally, lightning strikes would have been concentrated in certain places, such as tropical regions, where phosphorus could have naturally accumulated over time.

“It makes lightning strikes a significant pathway toward the origin of life,” Hess said.