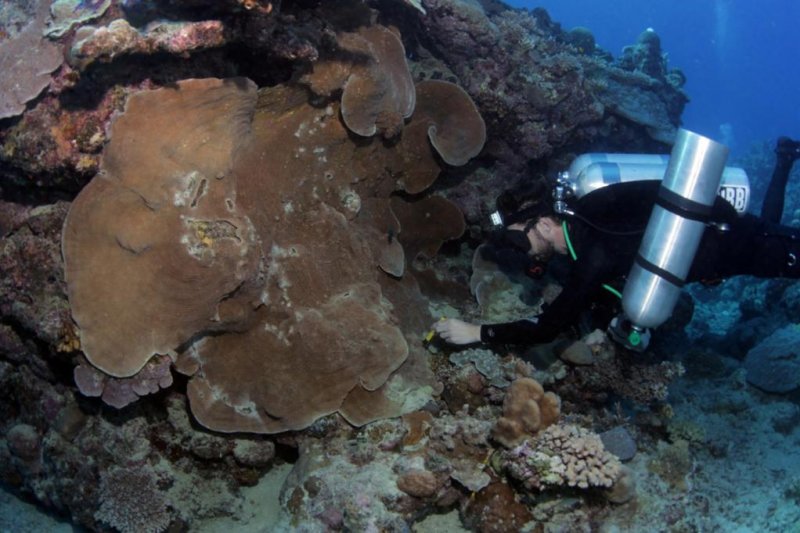 The study’s authors said they hope their work will help conservationists develop and carry out more effective restoration and protection plans.

“We know we are greatly underestimating the true number of coral species because of this hidden diversity,” lead author Pim Bongaerts, researcher at the California Academy of Sciences, said in a news release.

“We provide one of the first clear examples of how coral species that look identical can be very different in terms of their ecology and physiology, from when they reproduce to what depths they prefer. This means that our current framework for classifying reef-building corals based primarily on morphology is limiting our ability to understand and protect them,” Bongaerts said.

For the study, scientists collected DNA samples from more than 1,400 individual corals throughout the tropical seas of the Indo-Pacific.

Genomic sequencing showed that one of the region’s most widespread corals, called serpent coral, Pachyseris speciosa, is actually four distinct species. Even under a microscope, the species looked identical.

To identify potential ecological differences between the species, scientists put on their dive gear and returned to the source.

Researchers observed reefs at a range of depths, from shallow reefs to mesophotic reefs, those found from 100 to 490 feet below the ocean’s surface.

Though divers found all four species at the full range of depths, their observations showed each species is most abundant at particular depths.

The four species also featured unique physiological traits, including different concentrations of protein, that help them to thrive at different depths.

“Knowing what corals thrive where and at which depths is crucial for reef conservation,” said co-author Ove Hoegh-Guldberg, professor at the University of Queensland in Australia.

“Most marine protected areas only protect shallow reefs, which means that hidden species at mesophotic depths are being overlooked by current conservation strategies. We need to give this gap in protection some further thought,” said Hoegh-Guldberg.

Using data from the genomic sequencing efforts, the research team designed a rapid DNA test that can be used in the field and help scientists quickly identify coral species that look alike.

“At a moment when reefs around the world are experiencing rapid degradation, it is critical to start capturing this hidden diversity — not only of species, but of how they live and function — to improve our understanding and ability to protect these fragile ecosystems,” said Bongaerts.