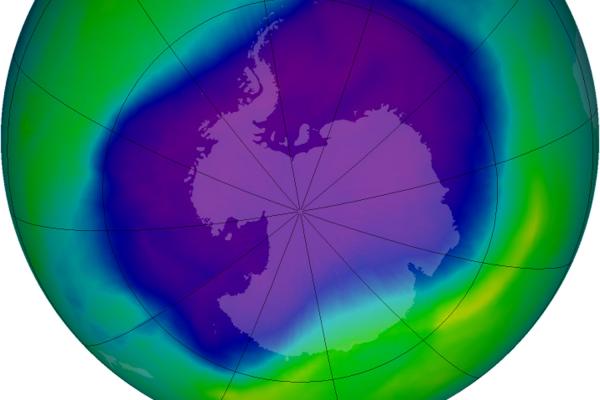 June 27 (UPI) — According to new research in England, several unregulated chemicals may be delaying the recovery of the ozone.

The depletion of the ozone in the 1970s and 80s was caused by the proliferation of chlorofluorocarbons, chlorine derivatives used in aerosol cans, refrigerators and many other products and appliances. After the 1987 passage of the Montreal Protocol, the first treaty unanimously ratified by all members of the United Nations, CFCs were almost entirely phased out.

A number of recent studies have detailed the slow but steady recovery of the ozone layer over the last three decades, but the latest study suggests there is room for improvement.

Scientists at the University of Lancaster say atmospheric concentrations of dichloromethane, a short-lived, ozone-depleting substance, are on the rise. Dichloromethane isn’t regulated by the Montreal Protocol.

“Dichloromethane is a man-made ozone-depleting chemical that has a range of industrial applications,” Ryan Hossaini, an environmental scientist at Lancaster, said in a news release. “Unlike CFCs and similar long-lived gases that are responsible for most ozone depletion, dichloromethane has a short atmospheric lifetime so has not been controlled by the Montreal Protocol. Despite this, increased production has led to a rapid increase in its atmospheric concentration over the past decade.”

The uptick in dichloromethane could be contributing to ozone loss and delaying the full recovery of the ozone hole above Antarctica. The hole is slated to fully recover sometime between 2046 and 2057.

The recovery date could be pushed back, scientists warn, because the growth of atmospheric dichloromethane concentrations continue to accelerate.

“The increases observed for dichloromethane from our measurements are striking and unexpected; concentrations had been decreasing slowly in the late 1990s, but since the early 2000s have increased by about a factor of two at sites throughout the globe,” said NOAA researcher Stephen Montzka.

Researchers aren’t sure exactly what explains the growing concentrations of dichloromethane in the atmosphere, but the chemical has become a popular substitute for CFCs and HCFCs that were phased out in the wake of the Montreal Protocol.

In their new paper on the threat of dichloromethane — published this week in the journal Nature Communications — researchers suggest regulators must take a closer look at dichloromethane and its potential impact on ozone health.

“We need to continue monitoring the atmospheric abundance of this gas and determine its sources. At present, the long-term recovery of the ozone layer from the effects of CFCs is still on track, but the presence of increasing dichloromethane will add some uncertainty to our future predictions of ozone and climate,” said Martyn Chipperfield, from the University of Leeds.