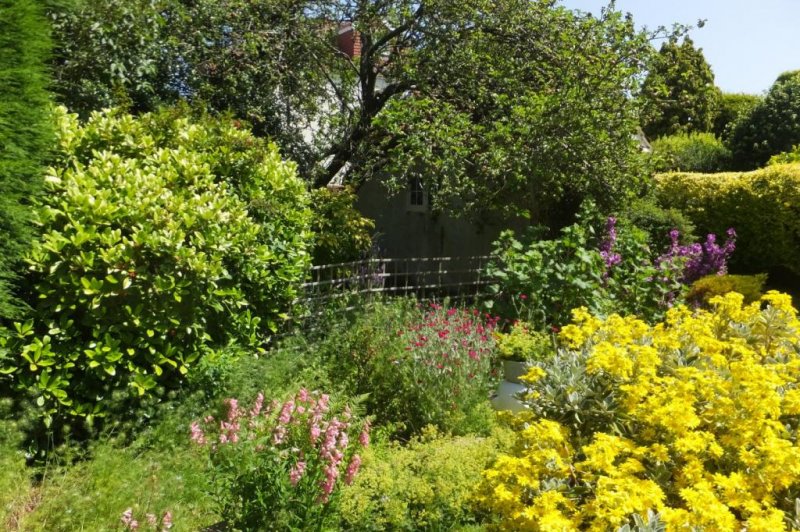 Strictly speaking, pollinators have been around a lot longer, but a new study suggests a lot fewer urban pollinators would be around without residential gardens.

In a first-of-its-kind study, researchers in Britain determined just three home gardens can yield a teaspoon of nectar each day — enough food to nourish thousands of bees.

For the study, scientists used a fine glass tube to extract and measure the amount of nectar produced by flowers in the residential gardens of four major cities: Bristol, Edinburgh, Leeds and Reading.

Using a refractometer, scientists measured the nectar concentration in the nectar extracted from more than 3,000 individual flowers.

“Although the quantity and diversity of nectar has been measured in the countryside, this wasn’t the case in urban areas, so we decided to investigate,” lead study author Nicholas Tew, an ecologist and doctoral student at the University of Bristol, said in a news release.

“We expected private gardens in towns and cities to be a plentiful source of nectar, but didn’t anticipate the scale of production would be to such an overwhelming extent,” Tew said.

“Our findings highlight the pivotal role they play in supporting pollinators and promoting biodiversity in urban areas across the country.”

Compared the nectar generated in the countryside, where just a few species produce most of the sugar liquid consumed by pollinators, the bounty of nectar found in the city and suburbs is produced by a wide variety of plant species.

“Gardens are so important because they produce the most nectar per unit area of land and they cover the largest area of land in the cities we studied,” Tew said.

Almost of a third of the land in the four surveyed cities is residential green space, six times the amount provided by city parks.

“The research illustrates the huge role gardeners play in pollinator conservation, as without gardens there would be far less food for pollinators, which include bees, wasps, butterflies, moths, flies and beetles in towns and cities,” Tew said.

“It is vital that new housing developments include gardens and also important for gardeners to try to make sure their gardens are as good as possible for pollinators.”

To further boost pollinator abundance and diversity, researchers suggest home gardeners plant a diversity of nectar-rich flowers — species and varieties that bloom at different times during the growing season.