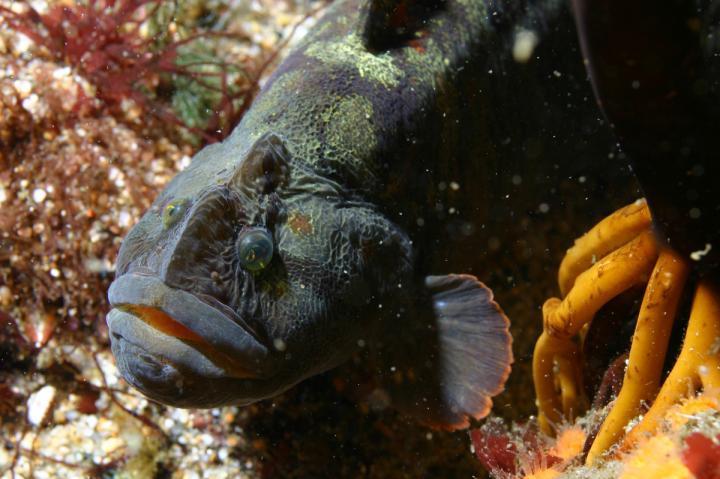 Feb. 19 (UPI) — Scientists have uncovered the digestive secrets of one the ocean’s most unique vegetarians. The discovery, described Wednesday in the journal Proceedings of the Royal Society B, could pave the way for more sustainable proteins sources.

There are more than 30,000 fish species living on planet Earth, but just 5 percent of them are known to eat only plants. One of the few vegetarian species is the monkeyface prickleback, or Cebidichthys violaceus.

The unique species, which lives in shallow tide pools on the West Coast, boasts a human-like digestive system, featuring an acidic stomach and both small and large intestines.

All living organisms need lipids to survive. Unfortunately for the prickleback, the algae the species eats exclusively contains relatively low levels of lipids. To find out how the species copes, scientists sequenced the genome of the monkeyface prickleback.

“We found that the monkeyface prickleback’s digestive system is excellent at breaking down starch, which we anticipated,” Donovan German, an associate professor of ecology and evolutionary biology at the University of California, Irvine, said in a news release. “But we also learned it has adapted to be very efficient at breaking down lipids, even though lipids comprise just five percent of the algae’s composition. It is a compelling example of what we call ‘digestive specialization’ in the genome.”

The findings could have significant implications for the sustainability of aquaculture. Traditional methods of protein production — raising livestock, for example — are responsible for large amounts of carbon emissions.

“Using plant-based food ingredients reduces pollution and costs less,” said researcher Joseph Heras, co-author of the new study. “However, most aquaculture fish are carnivores and can’t handle plant lipids. Sequencing this genome has provided us a better understanding of what types of genes are necessary for breaking down plant material. If we scan additional fish genomes, we may find omnivorous fish with the right genes that could provide new candidates for sustainable aquaculture.”

Prickleback is already on the menu at some West Coast restaurants, but it is a rare delicacy, not an affordable staple. If scientists can find a way to commercially farm the fish, the vegetarian just might become the next white meat.

Despite its strange appearance and hulking size — it can grow to three feet in length and six pounds in weight — the fish’s flavor is relatively straightforward.

“The taste is actually delicate and mild,” said German.