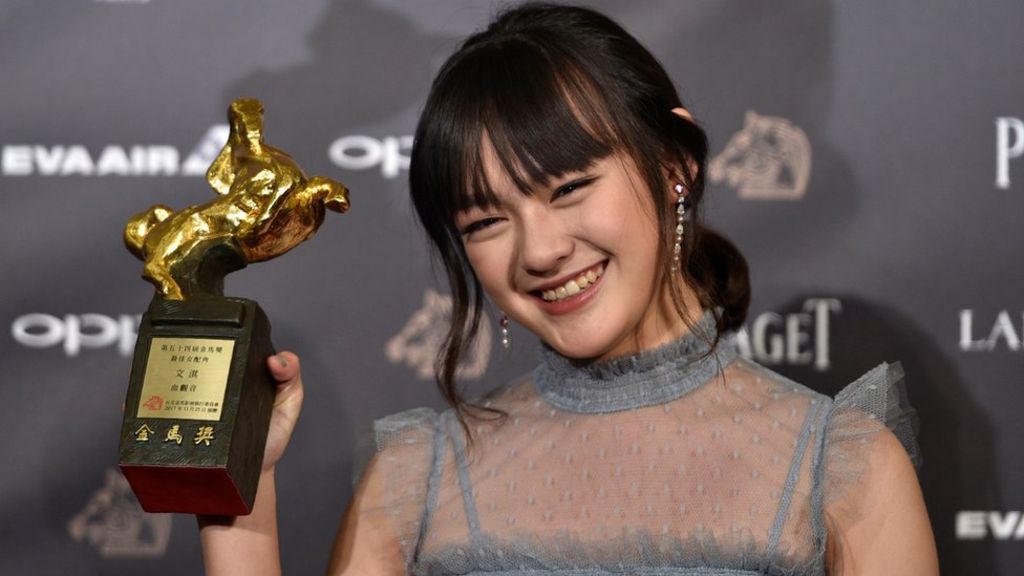 A teenage newcomer has beaten established stars to win best supporting actress at the film awards dubbed the Chinese-language Oscars.

Vicky Chen, 14, was nominated at the Golden Horse Film Awards for her role in The Bold, The Corrupt and The Beautiful.

The awards are held annually in Taiwan and are open to Chinese-language films.

The Bold, The Corrupt and The Beautiful, a crime drama centred around a wealthy family, was nominated in seven categories and won in three, including best film.

Chen was also nominated for best actress for her role in Angels Wear White. She plays a hotel maid who witnesses a sexual assault and grapples with the decision of reporting it.

Despite losing to Wai in that prize, she beat two former best actress winners in the best supporting actress category.

Although it missed out on best film, The Great Buddha+, by Taiwanese director Huang Hsin-Yao, was a big winner. It took five awards, including best adapted screenplay, best original film score and best cinematography.

The mostly black-and-white dark comedy focuses on two friends – Pickle, a night security guard at a factory making Buddha statues, and Belly Button, a collector of recyclables. The pair uncover footage of Pickle’s wealthy boss that reveals his dark secrets.

Lee was the first Asian to win the best director at the Hollywood Oscars, taking it in 2006 for Brokeback Mountain. Chastain won best actress in a drama at the 2013 Golden Globes for Zero Dark Thirty.