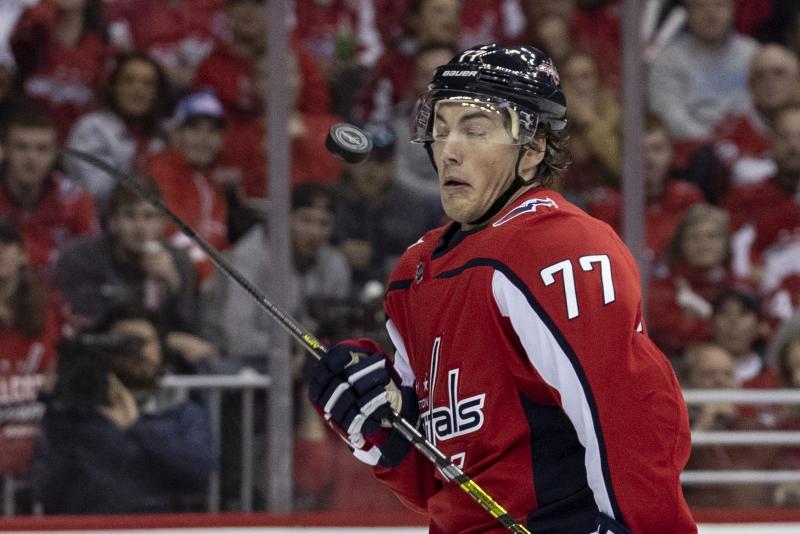 The team said Oshie is out indefinitely due to the injury. Sources told the Washington Post that Oshie is “almost certain” to miss the remainder of the Stanley Cup playoffs after he had surgery Friday.

Carolina Hurricanes forward Warren Foegele boarded Oshie during the third period of Game 4 in the first-round series Thursday. Oshie remained on the ice for several minutes after the hit. He eventually went to the locker room, clutching his right arm. Foegele received a minor penalty for the hit.

Oshie didn’t play during the Capitals’ 6-0 win over the Hurricanes on Saturday. He had two points (one goal, one assist) in the series.

“He’s back home and rehabbing,” Capitals head coach Todd Reirden told reporters. “That’s obviously a tough loss for us, but we’re prepared to go without him, as we saw [Saturday] night. It’s a tough situation for our team, but I certainly liked our response [Saturday] night and was proud of our effort in terms of how we played and how we were playing with him in the back of our mind.”

Oshie was fifth on the Capitals with 54 points (25 goals, 29 assists) in 69 regular-season games. Washington holds a 3-2 series lead headed into Monday’s Game 6 at Carolina.