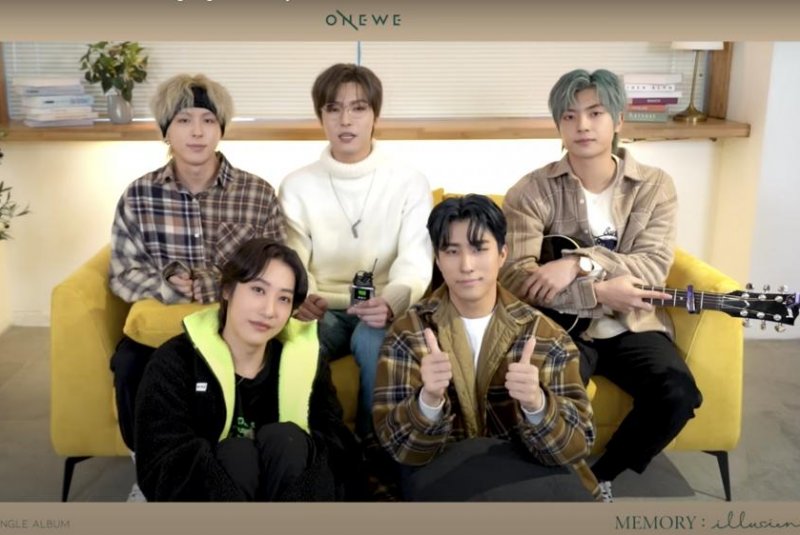 The K-pop rock group performed clips from the single album Memory: Illusion while sharing a highlight medley for the album Tuesday.

Memory: Illusion includes the title track “A Book in Memory” and the songs “Trauma (Aquarium)” and “Eraser.” Onewe performed parts of the songs live before playing clips of the recorded versions.

Onewe previously released a teaser for its “A Book in Memory” music video featuring KangHyun.

Onewe will release Memory: Illusion and the full “A Book in Memory” video Friday.

Onewe consists of Kanghyun, Yonghoon, Harin, Dongmyeong and CyA. The group originally made its debut in 2015 under the name M.A.S. 0094.