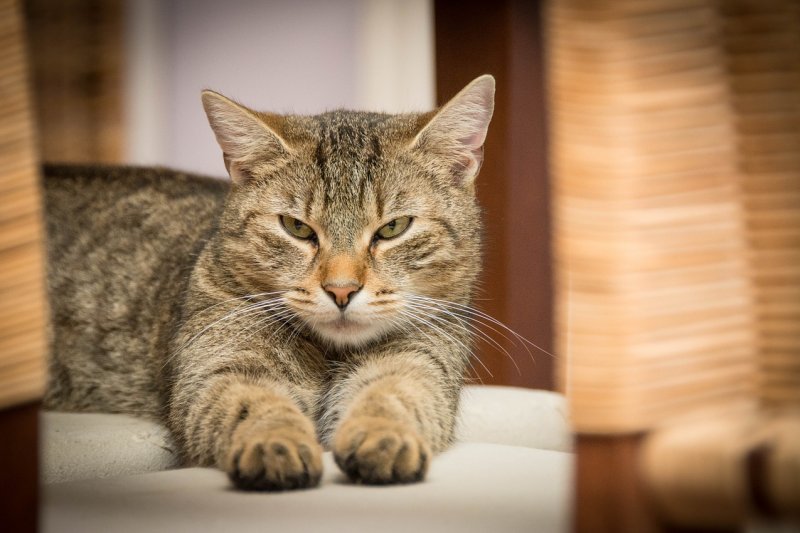 April 1 (UPI) — For many animals, whiskers offer what fingers provide humans — invaluable sensory information. Though aware of their importance, scientists have struggled to understand exactly how whiskers work.

Part of the problem is that the most important part of the whisker, as a source of sensory signals, is hidden beneath the skin inside the follicle.

The analysis, detailed Thursday in the journal PLOS Computational Biology, suggests the base of the whisker forms an S-shaped bend inside the follicle when it brushes against an object, pulling on some sensory cells and pushing on others.

“Although researchers have examined follicle anatomy previously, this work is one of the first to look at the density of collagen within the follicle in cross-sections along its length,” corresponding author Mitra Hartmann told UPI in an email.

“This new analysis allowed us to estimate how these structures would cushion or impede the whisker moving within the follicle. Specifically, it allows us to evaluate the relative stiffness of regions within the follicle body, which is essential when building such a mechanical model,” said Hartmann, a professor of biomedical engineering at Northwestern University.

Previous research efforts have revealed details about the follicle structure, but observing the follicle’s functionality without damaging tissue and altering its structure is impossible, forcing scientists to rely on digital simulations.

“Given the small size of a follicle and its high mobility during an animal’s active behavior, it is almost impossible to observe what is happening inside of it,” Hartmann said.

“Understanding the deformation of a whisker within a follicle is important because it determines how it will push and pull on mechanoreceptors distributed inside the follicle at different locations. In turn, these mechanoreceptors send electrical signals to the brain, determining the whisker-based sensory input that the animal receives,” Hartmann said.

The new analysis showed that follicle deformation is similar whether an animal is actively brushing its whiskers against an object or is being passively touched by something external.

Researchers relied on anatomical observations from mouse models, but the study’s authors are confident their mechanical model is applicable to a wide range of mammals.

“Of course, different species have whiskers and follicles of different sizes and shapes, but qualitatively they are all strikingly similar,” Hartmann said. “We anticipate that using the same approach, combined with appropriate anatomical analysis, researchers will be able to find similarities and differences for a variety of species.”

As more experiments are conducted and additional anatomical data is collected, researchers said they expect to refine their model.

In its current form, the model considers the deformation of a single follicle in response to a bending whisker, but scientists said they hope future iterations of the model will simulate interactions between neighboring whiskers.