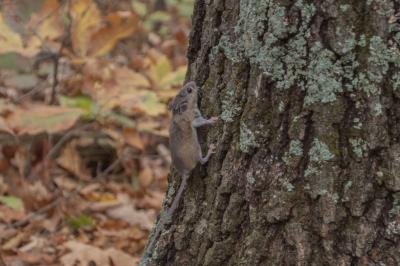 April 5 (UPI) — Biodiversity provides human health benefits on the land and in the water, according to a pair of newly published studies.

Previous studies have highlighted many of the ways biodiversity offers indirect benefits to human health — by encouraging pollination, for example. But new research suggests biodiversity also provides direct health benefits by keeping humans from getting sick.

According to one new study, published Monday in the journal PNAS, biodiversity helps minimize the risk of zoonotic disease outbreaks.

“There’s a persistent myth that wild areas with high levels of biodiversity are hotspots for disease,” lead study author Felicia Keesing said in a press release.

“More animal diversity must equal more dangerous pathogens. But this turns out to be wrong. Biodiversity isn’t a threat to us, it’s actually protecting us from the species most likely to make us sick,” said Keesing, a professor at Bard College and visiting scientist at the Cary Institute of Ecosystem Studies.

Diseases like COVID-19, SARS and Ebola all emerged in animal populations before making the jump to humans. But they are just a few of millions of viruses circulating among animal populations, most of which will never infect a single human.

To better understand the origins of zoonotic diseases, scientists surveyed scientific literature and found certain species and ecosystems are more likely to produce and pass along zoonotic diseases to humans.

“Research is mounting that species that thrive in developed and degraded landscapes are often much more efficient at harboring pathogens and transmitting them to people,” said co-author Rick Ostfeld, disease ecologist at the Cary Institute.

“In less-disturbed landscapes with more animal diversity, these risky reservoirs are less abundant and biodiversity has a protective effect,” Ostfeld said.

The research showed animals that live fast and die young — investing lots of evolutionary capital into reproduction, but so much into adaptive immune systems — are more likely to pass novel diseases along to humans and other animals.

These types of animals tend do well — or at least better than others — in degraded ecosystems, which may explain why researchers found animals credited with the spread of zoonotic diseases were less likely to be species of conservation concern.

“When we erode biodiversity, we favor species that are more likely to be zoonotic hosts, increasing our risk of spillover events,” Ostfeld said. “Managing this risk will require a better understanding of how things like habitat conversion, climate change and over-harvesting affect zoonotic hosts — and how restoring biodiversity to degraded areas might reduce their abundance.”

Researchers suggest efforts to prevent — as well as to predict and prepare for — the next spillover event should focus less on particular species and more on groups of animals and the habitats where they are mostly likely to congregate.

“Restoration of biodiversity is an important frontier in the management of zoonotic disease risk. Those pathogens that do spill over to infect humans — zoonotic pathogens — often proliferate as a result of human impacts,” Keesing said. “As we rebuild our communities after COVID-19, we need to have firmly in mind that one of our best strategies to prevent future pandemics is to protect, preserve, and restore biodiversity.”

In a separate study, published Monday in the journal PNAS, researchers at Yale University looked at the effects of biodiversity on seafood nutrition.

The Yale analysis showed seafood sourced from biodiverse ecosystems features higher levels of nutrients — including vitamins, minerals and fatty acids — than seafood from areas of the ocean that have been degraded by overfishing, pollution and climate change.

“What we found is that biodiversity is crucial to human health,” co-author Joey Bernhardt, an ecologist and postdoctoral fellow at Yale, said in a press release.

Though there is much scientists still don’t understand about COVID-19, a mounting body of research suggests diet is intimately linked with the body’s immune system.

The latest research suggests even calories from the same types of food aren’t always equal, and the findings could have significant implications for coastal communities that consume lots of seafood.

For the study, researchers analyzed 7,245 nutrient samples from 801 marine and freshwater fin fish and invertebrates. While protein content was similar among different seafood sources, scientists found significant variation in the concentrations of calcium, iron and fatty acids.

Fish and invertebrates from biodiverse ecosystems featured a more robust supply of micronutrients.

“While we have known that biodiversity on land is important for benefits such as forest production, this study provides new evidence that the benefits of biodiversity in oceans and freshwaters are as great as on land,” Bernhardt said.

“Ecological concepts of biodiversity can deepen our understanding of nature’s benefits to people and unite sustainability goals for biodiversity and human well-being,” Bernhardt said.