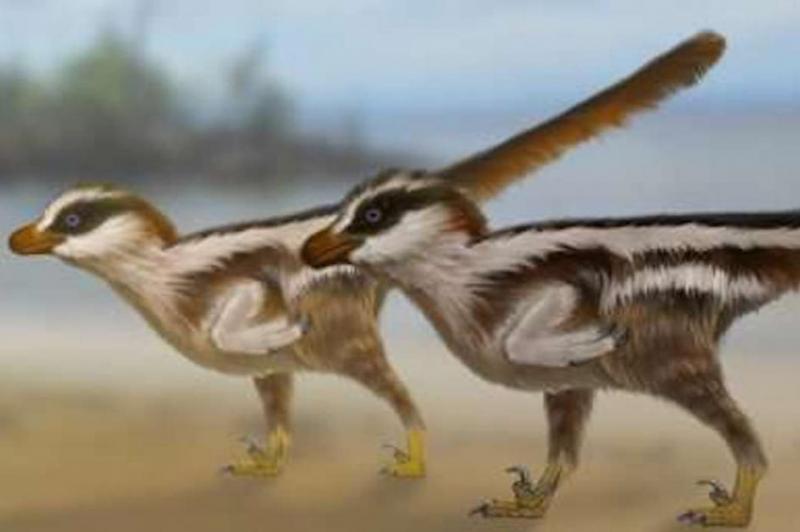 Nov. 16 (UPI) — Scientist’s have traced a trail of tiny dinosaur footprints to a diminutive raptor. Researchers found the tracks of the sparrow-sized dinosaur inside a dried lakebed in South Korea.

“They are the world’s smallest dinosaur tracks,” Anthony Romilio, researcher at the University of Queensland, said in a news release.

The 110-million-year-old tracks date to the Cretaceous period, a time when dinosaurs shared the planet with mammals and birds.

Researchers described their discovery this week in the journal Scientific Reports.

“The diminutive sizes of these new tracks are extraordinary; the tracks were made by tiny dinosaurs about the size of sparrows,” Romilio said. “Raptors placed only two of their toes on the ground, while the third toe was retracted like a cat’s claw.”

Scientists can’t be sure whether the tracks were left by a previously unknown species or by a juvenile from another larger species.

“If the tracks were made by dinosaur chicks, we are unclear as to the specific dinosaur that made them, since dinosaurs such as Velociraptor and Utahraptor had larger feet then the ones discovered in these new tracks.”

If the raptor is indeed a new species, it wouldn’t be alone on the small end of the dinosaur scale. Other species like the Chinese microraptor also enjoyed a vantage just a few inches above the ground. The Chinese microraptor’s feet were too big to account for the newly discovered tracks.

“We have named these small tracks Dromaeosauriformipes rarus, which means rare footprints made by a member of the raptor family known as dromaeosaurs,” Kim said.

The Jinju Formation where the tracks were discovered are home to dozens of Cretaceous period footprints.

“In addition to tiny dinosaur tracks, we have footprints made by birds, pterosaurs, lizards, turtles, mammals, and even frogs,” said Soo Kim, researcher at South Korea’s Chinju National University of Education.